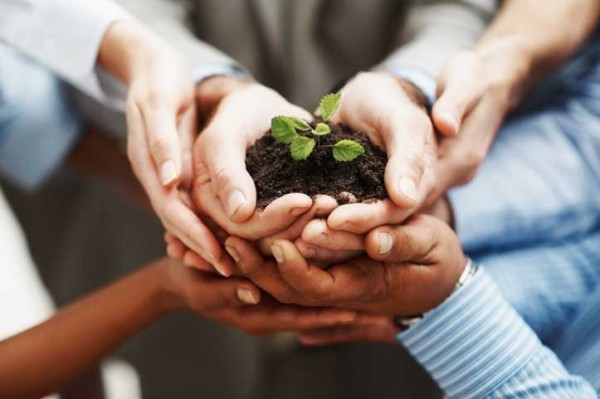 The typical Core Values of an organisation usually include: Communication, Respect, Integrity, and Excellence.  These are good meaningful words that would be great to have, maybe your organisation or business has something similar.  Well these are the core values of Enron stated in the company’s 2000 annual report (see full version below). History shows us that to Enron, these Core Values did not really matter.

We have an obligation to communicate. Here, we take the time to talk with one another… and to listen.

We treat others as we would like to be treated ourselves.

We do not tolerate abusive or disrespectful treatment.

We work with customers and prospects openly, honestly and sincerely.

We are satisfied with nothing less than the very best in everything we do.

We will continue to raise the bar for everyone. The great fun here will be for all of us to discover just how good we can really be.

In this post we are going to look at why company core values matter and are vital to the culture of any organisation and why they matter. I will also give some examples of companies that have and are following through on them.

Every human being lives his/her life based on a value system, and every organisation has its own value system which creates the culture. The danger of having a set of written down values is that if they are not lived out in the organisation you are more likely to lose more trust from lower management than if they were never written down.

Your core values are going to be the pillars that hold up your Vision & Mission, it would be the bases for delegation and empowerment without you worrying, it would build trust in the organisation which would lead to projects being accomplished faster.

What do Core Values in an organisation look like?

Core Values could either be expressed in one word e.g. Integrity, honesty etc. Or expressed in sentences such as We believe……

“The values that guide our decision making are spelled out in Our Credo. Put simply, Our Credo challenges us to put the needs and well-being of the people we serve first.

Robert Wood Johnson, former chairman from 1932 to 1963 and a member of the Company’s founding family, crafted Our Credo himself in 1943, just before Johnson & Johnson became a publicly traded company. This was long before anyone ever heard the term “corporate social responsibility.” Our Credo is more than just a moral compass. We believe it’s a recipe for business success. The fact that Johnson & Johnson is one of only a handful of companies that have flourished through more than a century of change is proof of that.”

Now Johnson & Johnson is a company that has been around for over 100 years, so far you will see that all the elements, Vision, Mission and Core Values are present in this company.

HP’s Corporate Objectives have guided the company in the conduct of its business since 1957, when first written by co-founders Bill Hewlett and Dave Packard.

Each objective is followed by a more detailed “Underlying beliefs supporting this objective” you can find them here.

When Google started, they had 10 Core Values (see below) that they worked towards, see picture and more details here.  Recently as they have expanded into new ventures they have re-written their 10 beliefs. You can find it at this link here

·      Technology innovation is our lifeblood

·      Sustainable long-term growth and profitability are key to our success

·      Earn customer and user loyalty and respect every day

·      We aspire to improve and change the world

An Important Observation about these Companies

One of the core values in addition to serving others that is consistent in these companies is their emphasis on making a profit.

The first are those that have a heart to serve others and get so involved with the service that they fail to keep track of the profitability of the organisation or don’t create a culture that monitors profit.

The second are those that are so money driven that they forget that the goal is to serve others and over a period of time they compromise basic principles for the sake of profit.

Therefore what is needed is having the amalgamation of both, those business leaders that are above average have the skill of being able to create companies that have a core belief for serving others and a core belief for making a profit in the process, this is a healthy balance that needs to be pursued.

Decisions Based on Core Values – The Johnson and Johnson Story

The observation stated above is really important to understand, however at times you could be in a situation where you have to decide to for-go profit because a higher value needs to be held to.

The classic example that models this was during the fall of 1982, for reasons not known, a malevolent person or persons, presumably unknown, replaced Tylenol Extra-Strength capsules with cyanide-laced capsules, resealed the packages, and deposited them on the shelves of at least a half-dozen or so pharmacies, and food stores in the Chicago area.

The poison capsules were purchased, and seven unsuspecting people died a horrible death. Johnson & Johnson, parent company of McNeil Consumer Products Company which makes Tylenol, suddenly, and with no warning, had to explain to the world why its trusted product was suddenly killing people.

Johnson & Johnson reacted by pulling all the products from the shelves which cost them millions of dollars, when the James Burke (Chairman of J&J at the time) was asked how he could make such a quick decision that could have ruined the company, the answer was “I was only acting based on our core values that states “to protect our customers above all else”.

What had gone on behind before this:

According to a Fortune article, Burke’s “defining moment” actually came six years earlier when he challenged his fellow executives to either recommit to the company credo or “tear it off the wall.”

Penned by J&J scion and legendary chairman General Robert Wood Johnson II in the 1940s, the credo proclaimed that J&J’s “first responsibility” was to its customers and then to employees, management, communities, and stockholders-in that order.

By the mid-1970s, however, Burke was troubled by a sense that the credo had lost its influence in the organization. “When I asked people what they thought of it, I got vague answers,” he says. But during a series of “challenge” meetings he arranged, executives debated the credo in the context of the company’s history and mission. “It became clear that our value system had been vital to our ability to outperform the competition for nearly one hundred years,” Burke recalls. “Whenever we cared for the customer in a profound-and spiritual-way, profits were never a problem.”

I hope this gives you a clear example and reason to implement authentic core values that you believe in.

The actual practical implementation of your core values would create the culture of the organisation.  A culture is a collection of beliefs, behaviours, attitudes, rituals or agreed upon social activities.  The workplace creates its own culture.  E.g. if being late is accepted and no discipline is implemented, then this becomes the culture of the organisation.  If people are rewarded for results alone then this can create a culture where people get results but don’t care how they got it.  Core Values enables these aspects to be in check.

If you your core values states team as a priority but the culture is to reward individuals then the culture will rule.  Because of this it is essential to ask what type of culture do I want to create in my organisation and would these core values help me achieve this?

Take some time to write down what you want your business to stand for in terms of its values: