Lessons Learned from 7/7 – Crises Turns Us into Heroes 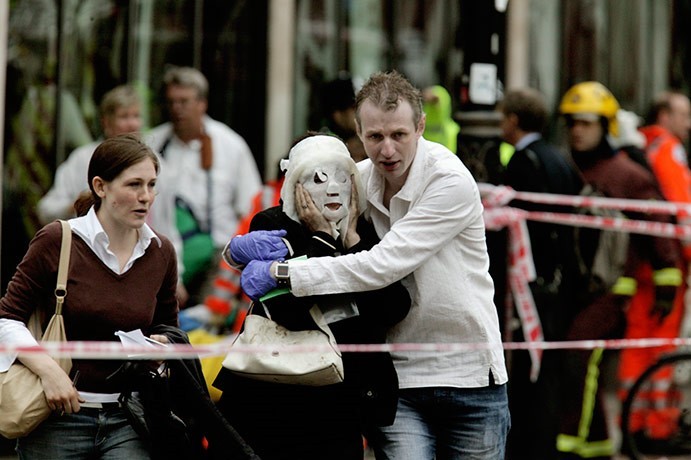 If you were in London ten years ago, 7/7/2005 is a date you are unlikely to forget; sadly, the London Bombings took place on this fateful day. It’s been 10 years since this tragic event and I wanted to write a tribute post to all those who were impacted by this sadistic terror strike.

I left my home early that morning and was able to get to my then place of work in London Bridge at a reasonably good time. I did what I usually did each day- I went to get myself a cup of coffee and was planning to settle down for the day at my desk.  A colleague came by and mentioned that there seems to have been some incident in Aldgate Tube station but no one really knew much of the details. We tried to get more information from the news websites and started to get some conflicting messages about other tube stations being affected. I had said good bye to my wife that morning because at the time she usually left home about 30 minutes after me. Since she worked in Old Street, she usually took the Piccadilly line to Kings Cross and then changed to the Northern line to take the tube to Old Street.

As I heard all the conflicting news, I thought to call my wife to find out if her journey had been affected. Her phone went straight to voice mail and I found myself attempting for the next 2 and a half hours to reach her on the phone…

My tribute goes to all those individuals who showed extraordinary courage in the trying crises. Steve Desborough went back into a wrecked carriage to cradle a 24 year old Carrie Taylor before she died.  When asked why did you turn back and climb back into the carriage he answered – “I don’t know why”.

There are countless stories of heroism that took place that day, people did things that they would not naturally do-  that is what they say anyway. Maybe it tells us more about ourselves. Perhaps it tells us that we are more concerned about our neighbour than we care to admit, even though we don’t talk to each other on the tube or bus until such a crisis strikes. Maybe it tells us that we have it in us to do more than we naturally think we are capable of.

We have more in us than we realise

If there is one thing, among many that we can learn from raw human kindness and sacrificial behaviour it is that during a crisis we discover our true potential. It has been said before that “human beings are like tea bags- you never know how strong they are until you put them in hot water”.

My utter respect and thanks goes out to all those who bent over backwards and sacrificed their time and their lives to help out many on that day. I hope many of us can do likewise.

Another lesson we can learn is that maybe we shouldn’t wait for crises, but that we should be proactive in making this world a better place.  What if we demonstrate these heroic behaviours without a crisis at hand, what would the world look like?

The Voice of Comfort

Going back to the story about my wife……After calling frantically non-stop trying to reach my wife and now being fully aware of what had happened, you can only imagine the sheer relief I felt when my wife finally answered her phone. Her train had been stationary under the tunnel for over two hours because hers was the train behind the one that got bombed near Russell Square! They had to be evacuated by walking on the train tracks.  Although we don’t know for sure how close the trains were from each other, we estimate that the train that got blown up was only a few minutes ahead of hers.

From these events, I hold fast to a statement I have heard many times before but which is now more poignant – “Don’t wait for the special moment – make the moment special”.

What can you remember about that day?